Introducing The Singer’s Mask, a costume designer’s invention for COVID-era performances If you think running errands in a mask is a drag, imagine trying to sing in one.

Expand CASEY WOOD If you think running errands in a mask is a drag, imagine trying to sing in one. For costume designer Robin McGee, the challenge of creating a mask that would accommodate a singer’s unique needs was right up her alley. Shakespeare wrote Venus and Adonis during the pandemic of 1592. McGee’s COVID-19 masterwork is a little different but answers the call, “What can we do?” she says. In the early days of COVID-19, McGee and business partner Jeff Whiting got a contract to make hospital gowns and transformed Whiting’s rehearsal space into a PPE factory. The Broadway Relief Project, a coalition of costume makers who saw their livelihoods suffer greatly as a result of pandemic closures, got to work sewing protective gear. McGee is based in New York City and works on Broadway, but her St. Louis roots reach deep—she was raised in the metro area and still has family here, has a degree in music from Southern Illinois University at Carbondale, taught music at Mater Dei High School in Breese, and frequently designs for The Muny, where she won a St. Louis Theatre Critics Award for her designs in The Little Mermaid. COURTESY OF THE SINGER’S MASK Once the PPE contract ended, McGee and Whiting wanted to get performers back into the space but knew that safety had to come first—so they’d need a mask that people could sing in. “I made a million prototypes,” says McGee. “My first one was huge—I swear, I could’ve put my whole head in it.” But after plenty of trial-and-error, The Singer’s Mask was born—and the workforce was already in place, thanks to the Broadway Relief Project. The design she settled on meets the needs of singers: It’s a big, breathable mask with a felted interfacing to keep the material away from the wearer’s mouth, with a wire at the top to conform to the wearer’s nose. It’s made of cotton, meaning that it’s absorbent and washable. The mask isn’t going to win any beauty contests, but it keeps singers safe without interrupting their sound, and that is a beautiful thing. McGee says they’ve sold more than 100,000 masks worldwide, including to American Idol and Sesame Street and many schools. The masks, which sell for $19.99–$23.50, depending on volume discounts, are sourced and made in America, and the company employs those hit hard by the pandemic: costumers, stage managers, and other Broadway denizens who are out of work. Alexandar Johnson, 23, just graduated from Lindenwood University with a degree in music. Singing, he says, is “about as essential as breathing,” and he’s been using The Singer’s Mask. “I put it to the test when I first got it,” he says. “I have a very big voice. It didn’t take away from my breathing.” Lindenwood’s concert choir gave one concert last semester, live but distanced, and the performers wore The Singer’s Mask. Johnson says that although the mask does impart kind of a duck look, he was grateful for the chance to sing on stage. “It’s still COVID, so it’s not the experience I’m used to—standing shoulder to shoulder—but it still allows me to get something,” he says. Using a regular paper mask may be fine for walking the dog, but for opera, it just doesn’t fill the bill, says Michael Mayes, a powerful baritone who’s performed with the Pittsburgh Opera, Boston Lyric Opera, and New Orleans Opera, among other companies. “When I would try to sing at home, the cloth would go fffppppttt,” says Mayes. “That inhalation, that was the main hurdle. I’m a big guy; I have to tank up a lot.” Last fall, he was performing outdoors with The Atlanta Opera, but rehearsals required masking, and the Singer’s Mask was the one that worked. Of 120 people, he says, “we had one case of COVID; nobody else got it. The masks are really effective.” Mayes says he’s not at all surprised that McGee was the one to solve the problem of singing safely in a pandemic. “I have a tremendous faith in the innovation in our industry,” he says. “It’s kind of what we do: We improvise a lot, especially our costume people. They have to make magic all the time.”

Check back soon
Once posts are published, you’ll see them here. 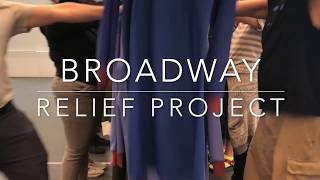 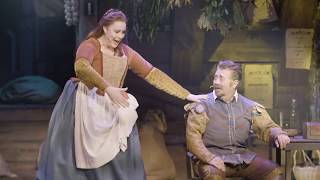 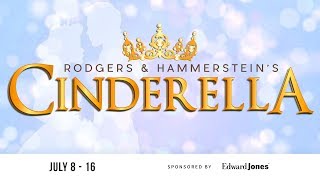 Naples news Review of "The Revolutionists" 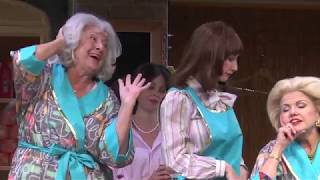 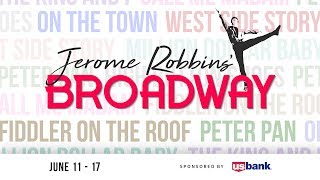 Jerome Robbin's Broadway at the MUNY